In 1954, Harold S. Hollen opened his funeral home and dedicated himself to the Kensington section of Philadelphia. He was an active and outstanding member of his community.

In the early 1970s Mr. Hollen hired a young, hard working funeral director to his staff. Tom Fluehr was no stranger to the profession. He was following in the footsteps of his grandfather, John F. Fluehr, Sr. who opened his first funeral home in Philadelphia in 1898. An instant bond was formed between Harold and Tom as they shared many professional and personal ideals.

In 1973, Harold decided that Tom was the person he wanted to continue his business and on August 1, 1973, Tom purchased the business. After some time, Tom decided in 1978 to open a second location in Northeast Philadelphia. After much consideration, it was determined that the proximity to a major intersection was of utmost importance. With neighborhoods expanding into the surrounding suburbs, he wanted to remain conveniently located to several major highways.

Since that time, we have remained committed to our surrounding community and their organizations. Our services are as varied as the families we serve. It is impossible for us to list here what can be provided for you. We first listen to your needs and then make suggestions and give guidance. By listening attentively to your requests, we then arrange what will best suit your needs, customs and faith.

We believe that we best serve you by having one of our family members/staff present and directing each funeral.Some of our services are: 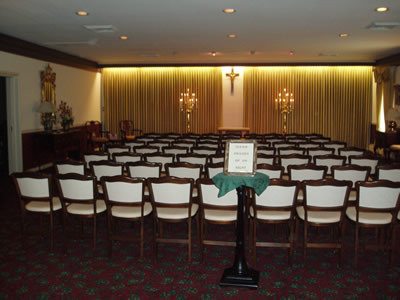